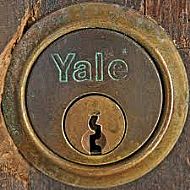 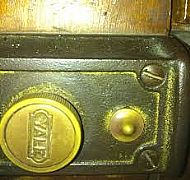 THE HISTORY OF THE YALE LOCK.

Yale locks are arguably are the most widely known lock brand in the world. Most houses and flats have a yale lock fitted within it, and the lock has been established for over 150 years. The business was started by the Yale family, and is a story of clever inventions and 4000 year old technology. Locksmith Training Merseyside feels you may find the story interesting.

The Yale family emigrated to the New World from North Wales in the late 1700s. Around 1840, Linus Yale Senior began designing and making locks that were at the time considered high security and innovative. He specialised in making locks for banks.

In 1850, Linus Yale Jr, joined his father in the lock business, and patented his father’s spin cylinder tumbler lock. Yale Jr, gained notoriety and expert status, and in 1862 he developed the Monitor Bank Lock which were the first to use combinations rather than keys. The principles used in Yale Jr’s lock are the ones that new bank locks are built on today in America.

Another project of Yale Jr. was to develop a lock based on Egyptian technology from 4000 years ago. In 1861 and 1865 Yale Jr developed the invention that transformed the locksmith industry: The Yale Cylinder Lock. Yale Jr carried on researching and developing new lock technology throughout his career.

Over time, Yale Jr together with his business partner Henry Towne formed Yale & Towne company in 1868. They developed a range of padlocks, manually operated chain and hoist, and battery powered platform trucks and purchased the Norton Door Closer company and H & T. Vaughan Ltd. Throughout the 20th century the company expanded world wide and in August 2000, the company was purchased by the ASSA Abloy Group. The company continues to develop and research new locking mechanisms.

After the Barron, Bramah and Chubb locks were so successful in Britain, Yale in the United States took cylinder locks to a new level.

The cylinder lock, previously called “patent lock”, was developed by Linus Yale senior (1797–1857), but his son Linus Yale Junior improved the product, and his patent number 48475 dated June 27, 1865, revolutionized the door lock market. Cylinder locks, with various modifications, are still one of our most common lock types for doors, gates and padlocks. In Sweden, cylinder locks have been used since the early 1880s.

In 1868, Linus Yale and his partner Henry Robinson Towne (1844–1924) founded the Yale Lock Manufacturing Company in Stamford, Connecticut in the United States.
The name was later changed to the Yale and Towne Manufacturing Company, and eventually became a part of NACCO Industries, Inc. (originally the Cleveland and Western Coal Company, founded in 1913). In August 2000, the Yale part of the company was acquired by the ASSA ABLOY Group, forming a significant part of the worldwide organization.

The entrance door lock with cylinder came to be the modern surface-mounted door lock for apartment doors, among other things. In Britain, it is a traditional front door lock.

The design of the cylinder lock
Like Christoffer Polhem’s padlock, the cylinder lock consists of fixed and moving mechanisms. However, Linus Yale senior probably did not adopt the lock principle from a Polhem-inspired Scandinavian Padlock – which were manufactured in the United States – but from an Egyptian tumbler lock (which Roman engineers had developed into a metal lock with metal key and springs), adding some of the technology of a Brahma lock. This led to the creation of whole family of complex locks, the Yale Cylinder Pin Tumbler Locks.

The lock principle started out simple, with the idea of an inner cylinder that turns on an axis inside an outer cylinder. To open the lock, several spring-loaded, separate pins (tumblers) needed to be aligned by the teeth of the key. The key was small, thin and easy to carry in a pocket or key case. A lot has happened since the first locks went into use, and many of the changes that have come along led to new patents. The level of security of locks used in Sweden has expanded from the original four pins to seven. As cylinders become more advanced and more secure, so do entrance door locks. 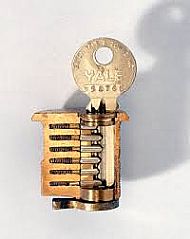 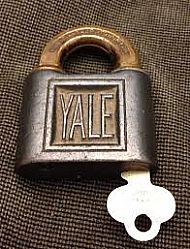 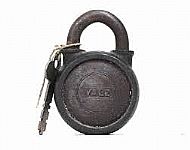 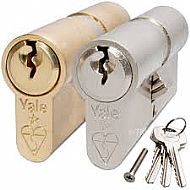 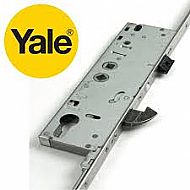