OUTSIDE IN LOCK TOOLS 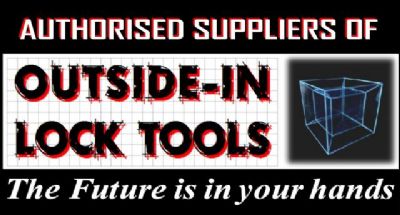 Have a look a the site below for the new pitchblack kit ,which we here at locksmith training merseyside will be showing as part of our training courses.

AS FROM 14/11/2013 WE ARE PROUD TO ANNOUNCE THAT WE ARE AN AUTHORISED SUPPLIER OF THEIR LOCKSMITH TOOLS, WE URGE YOU TO HAVE A LOOK AT THEIR WEBSITE  www.outsideinlocktools.co.uk  FOR SOME OF THE BEST TOOLS ON THE MARKET FOR LOCKSMITHS

AND BEST OF ALL THE EXTREME LETTERBOX TOOL AND ACCESSORIES

MOST, IF NOT ALL OF THESE TOOLS WILL BE NEW TO YOU , BUT TRUST ME THESE ARE AMONG THE BEST LOCKSMITH TOOLS ON THE MARKET, ALL THE TOOLS HAVE BEEN INVENTED BY THE OWNER SIMON WHO IS A LOCKSMITH OF MANY YEARS STANDING AND IS WELL RESPECTED IN THE LOCKSMITH COMMUNITY.

IF YOU ARE LOOKING FOR NON DESTRUCTIVE ENTRY TOOLS ,(AND LET ME SAY YOU SHOULD BE )THEN THESE ARE THE BEST YOU CAN FIND, VIST THE WEBSITE www.outsideinlocktools.co.uk AND VIEW HIS TOOLS, YOU WILL BE AMAZED BY THEM AND WHAT THEY CAN DO.

ON OUR COURSES WE DEMONSTRATE THE TOOLS AND LET THE TRAINEES USE THEM AND GET USE TO THEM ON THE PRACTISE DOORS , SO THAT WHEN THEY BUY THEIR OWN THEY WILL HAVE ALREADY EXPERIENCED THE QUALITY AND USEFULNESS OF THE TOOLS.

AFTER  YOU HAVE USED THE TOOLS AND GOT USE TO THEM, YOUR CONFIDENCE IN OPENING LOCKED DOORS WILL TREBLE , YOU WILL FEEL, RIGHTLY THAT YOU CAN DEAL WITH ANY LOCKOUT SITUATION NON DESTRUCTIVELY , WHICH IS BETTER FOR YOUR REPUTATION AND BETTER FOR THE CUSTOMER.

THE HISTORY OF OUTSIDE IN LOCKSMITH TOOLS

As one of the newer producers of tools for Locksmiths, Outside-In Lock Tools commenced initial production around April 2011, almost by accident. It all started after a particularly troublesome lockout which involved the turning of an extremely tight key, through the letterbox. Ipswich Locksmith Simon Barber, was determined to make situations of this nature a thing of the past. Once back in the workshop, Simon put together what was to become the very first ‘SideWinder®’, an add-on for the standard Letterbox Tool, which made turning keys, thumb turns and night latch knobs quick and easy, by using a unique Registered Design ‘Direct Drive’ mechanism he had designed.

With word spreading amongst Locksmiths about the efficiency of the ‘SideWinder’, and with sales increasing and encouragement from Suzzie Belcher, out of the blue Simon received a call from one of the largest Locksmiths wholesalers, saying that they had received a number of requests for the ‘SideWinder’, and because of its reputation, they wanted to supply any tools that Simon was producing.

When a problem was encountered on a lockout, a new tool was developed. These included the ‘BullsEye’ designed to help open BS Night latches, and the fastest-selling snapper bar, the ‘Rod-Based Snapper’.

At a subsequent meeting, the topic of security-plates for letterboxes, and the near-impossibility of using the standard letterbox tool on them was raised. This suggested another tool could be advantageous, and with Simon’s partner Wendy now on board, who has a background in prototyping, ‘The Rattler®’ was born. Together, Wendy and Simon looked at ‘problem situations’ for Locksmiths, and came up with solutions that solved these problems in new and innovative ways. ‘The Rattler’ was a replacement handle for the letterbox tool, which effectively bypassed security-plates and high-security letterboxes, utilising its Registered Design ‘loop’. After prototyping, and extensive testing in the field, ‘The Rattler’ was officially launched, selling out the initial run swiftly, and is now the handle of choice for many Warrant Locksmiths because it is the only handle capable of bypassing security letterboxes  . As Outside-In Lock Tools stepped up production and expanded, other projects were to follow, which required the installation of a variety of high-end, professional engineering machines. The decision to design a brand new Letterbox Tool was not taken lightly, but it was apparent that a new tool could be stronger, easier to use, and more efficient when up against today’s locks and door security. Wendy had come up with the design and concept for what was to become the ‘Extreme Letterbox Tool Kit’, – designed from the ground up to be the most advanced LBT on the market, and including unique features such as the ‘SureLock’ system which positively locks LBT together sections, using metal connectors with virtually no flex, that allow for both a pulling and pushing movement, without separating. Sections may also be extended in situ, and once the included attachments are used, allow for far greater LBT bypasses than ever before, including bypassing non-deadlocked Ingersoll SC71s, even when letterbox security-plates are used, which is another first. Release of door-chains and pulling door bolts can also be accomplished in seconds. 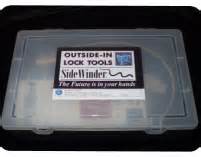 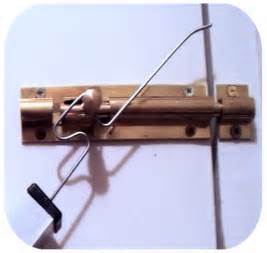 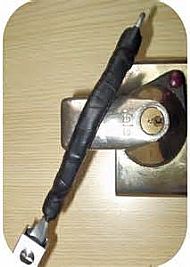 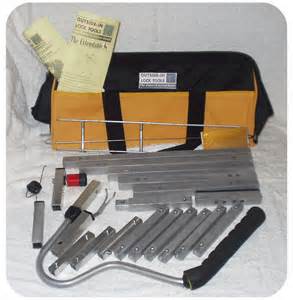 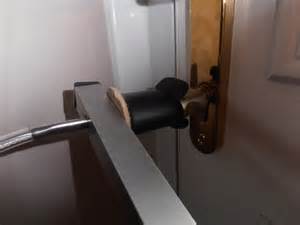 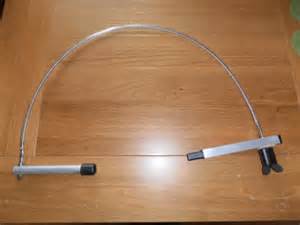 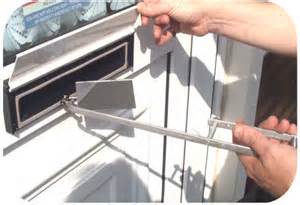