HERE AT LOCKSMITH TRAINING MERSEYSIDE WE TEACH LOCK BUMPING AS PART OF THE 3 and 4 DAY COURSES. 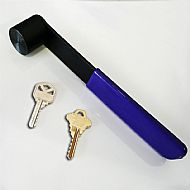 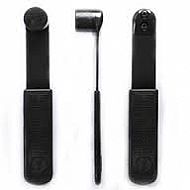 READ ON AND IF IT INTERESTS YOU GIVE US A RING TO LEARN MORE.

. They provide a very rapid method of opening pin-tumbler locks.

. They work in a similar way to a lock gun - by striking the bottom of the pin stack the top pins are force upward and away from the bottom pins so that they part at the shear line –allowing the plug to turn.

. A bump key consists of an ordinary key for the lock but which has been cut so that each notch is at its lowest cut, i.e. it will only raise each pin stack very slightly when inserted into the lock.

A bump key could be manufactured at home from any key that fits the lock you want to open.however to ensure the peaks are at the right position (and at the right depths) it is much better to purchase a professionally made one to ensure better results. Here at locksmith training merseyside we teach lock bumping on our practise door and we also give away as part of the course , a set of bump keys .

A US patent first appears in 1928 by H.R. Simpson called a "rapping" or bump-key. In the 1970s, locksmiths in Denmark shared a technique for knocking on a lock cylinder while applying slight pressure to the back of the lock plug. When the pins would jump inside of the cylinder, the plug would be able to slide out freely, thus enabling the locksmith to disassemble the lock quickly. The use of a bump key was not introduced until some time later and was first recognized as a potential security problem around 2002–2003 by Klaus Noch, who brought it to the attention of the German media. After further examination of the procedure, a white paper was drafted in 2005 by Barry Wels & Rop Gonggrijp of The Open Organization Of Lockpickers (TOOOL) detailing the method and its applicability. A patent exists for a lock device following the same principle as the bump key from 1926–1928.

The technique then attracted more popular attention in 2005 when a Dutch television show, Nova, broadcasted a story about the method. After the method received further publicity from TOOOL presentations at security conference talks, members of TOOOL and a Dutch consumer group, Dutch Consumentenbond, analyzed the capability of the method on 70 different lock models and with trained and untrained users in a 2006 study.

When the correct key is inserted, the gaps between the key pins and driver pins  align with the edge of the plug, called the shear line .
A pin tumbler lock is composed of a series of spring-loaded stacks called pin stacks. Each pin stack is composed of two pins that are stacked on top of each other: the key pin, which touches the key when it is inserted, and the driver pin, which is spring driven. When the different length key pins are aligned at their tops by the insertion of the correspondingly cut key at their bases, the tops of the key pins and, consequently, the bases of the driver pins, form a straight line (the "shear line"), so that the cylinder can be turned, rotating the key pins away from the driver pins. When no key or the wrong key is in the lock, pin misalignment prevents the cylinder from turning.

When bumping a lock, the key is initially inserted into the keyway one notch (pin) short of full insertion. Bumping the key inward forces it deeper into the keyway. The specially designed teeth of the bump key transmit a slight impact force to all of the bottom pins in the lock. The key pins transmit this force to the driver pins; the key pins stay in place. This physics action can be visualized by observing the same effect on the desktop toy: Newton's Cradle. Because the pin movements are highly elastic, the driver pins "jump" from the key pins for a fraction of a second, moving higher than the cylinder (shear line of the tumbler), then are pushed normally back by the spring to sit against the key pins once again. Even though this separation only lasts a split second, if a light rotational force is continuously applied to the key during the slight impact, the cylinder will turn during the short separation time of the key and driver pins, and the lock can be opened while the driver pins are elevated above the keyway. Lock bumping takes only an instant to open the lock. The lock is not visibly damaged, although the force of the bump can leave an indentation on the front of the cylinder. Certain clicking and vibrating tools designed for bumping can also be used. These allow for rapid repetition of bumping against locks that have advertised "bump proof" features. Only a rare few key-pin locks cannot be bumped.

How To Use Your Bump Key
Insert the bump key all the way into the lock.
Remove the key very slightly so that each notch of the key will sit just in front of its associated pin rather than underneath it.
With your thumb on the lower part of the key’s shoulder and
your first finger on the top part tap the key into the lock. At
the same time use your thumb and finger to apply turning pressure to the key.
A screw driver’s handle (with you holding the shaft), hammer, or a special bump hammer can all be used to tap the key into the lock.
This is very much a matter of timing because if you apply turning pressure too soon the pins will bind in the lock and they will not part.

If you don’t turn the key (which turns the plug) soon enough the pins will return to their position on the bottom pins before turning pressure has been applied. Therefore, you will usually have to repeat the process a number of times.
To repeat the process – remove the key from the lock again very slightly so that the notches of the key are positioned just in front of each pin stack. Tap the key and turn. Repeat the process until the lock opens.

Some people like to use small rubber washers that can be inserted on the key up to the shoulder of the key. This prevents the key from being inserted all the way into the lock so that you don’t have to keep pulling the key out yourself. This also means that all you then have to do is keep tapping the key and applying intermittent turning pressure as the washer helps to automatically reset the key after each unsuccessful attempt.

A different tool with a similar principle of operation is a pick gun.

High-quality locks may be more vulnerable to bumping unless they employ specific countermeasures. More precise manufacturing tolerances within the cylinder make bumping easier because the mechanical tolerances of the lock are smaller, which means there is less loss of force in other directions and mostly pins move more freely and smoothly. Locks made of hardened steel are more vulnerable because they are less prone to damage during the bumping process that might cause a cheaper lock to jam.

Because a bump key must only have the same blank profile as the lock it is made to open, restricted or registered key profiles are not any safer from bumping. While the correct key blanks cannot be obtained legally without permission or registration with relevant locksmith associations, regular keys can be filed down to act as bumpkeys.

Locks that only use programmable side bars and not top pins are bump proof. Bilock is an example of this technology. Many bump-resistant locks are available which cannot be easily opened through the lock bumping method. Baldwin and Schlage are two brands that offer bump resistant locks. [Citation Needed]

WE AT LOCKSMITH TRAINING MERSEYSIDE TEACH LOCK BUMPING AS PART OF THE 3 DAY TRAINING COURSE IF WHAT YOU HAVE JUST READ INTERESTS YOU THEN GET IN TOUCH, BOOK A COURSE AND LEARN A NEW TRADE. 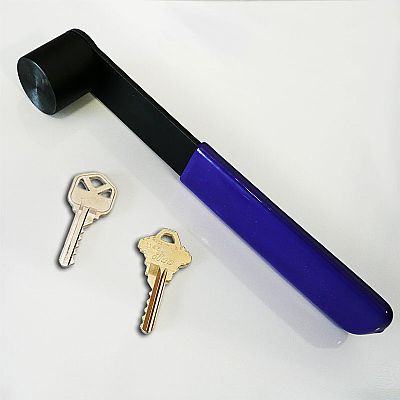 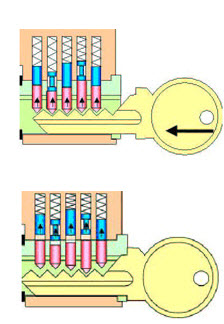 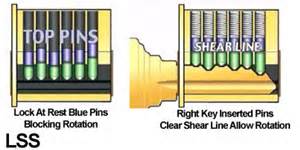 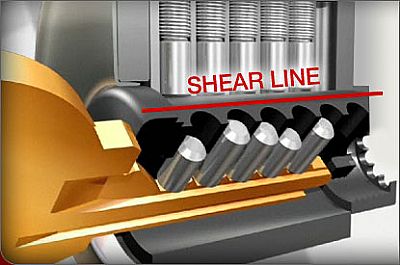 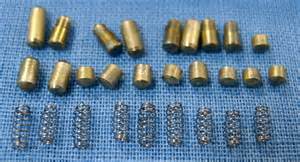